Quality music is a priority at First Presbyterian Church. We treasure music in our worship services and strive to uplift the soul and give glory to God.

Join us as we worship God with beautiful music! 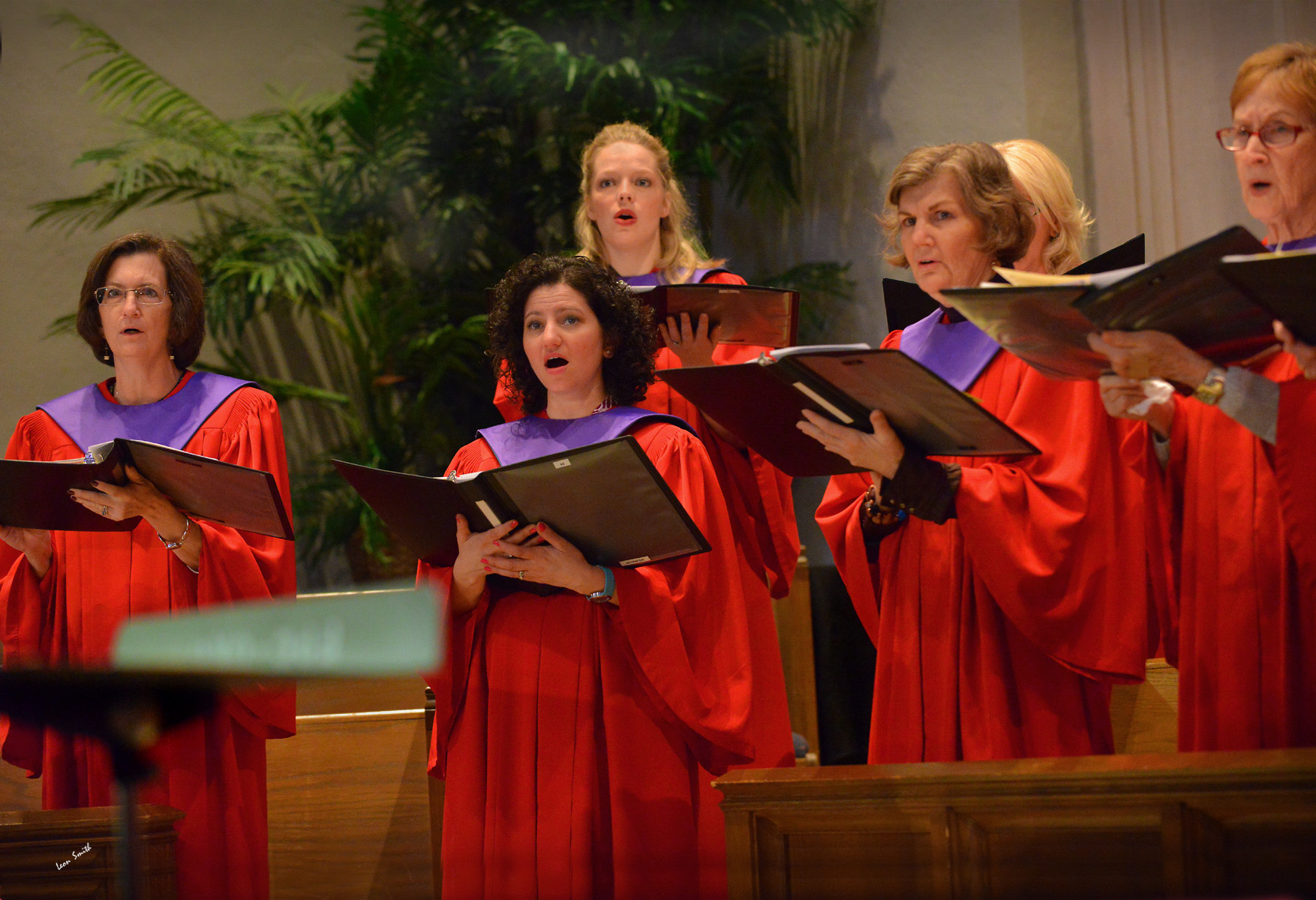 This Choir is open to all adults who enjoy sharing their musical talent during worship each Sunday. The choir rehearses Wednesdays 7:00–8:30 p.m. 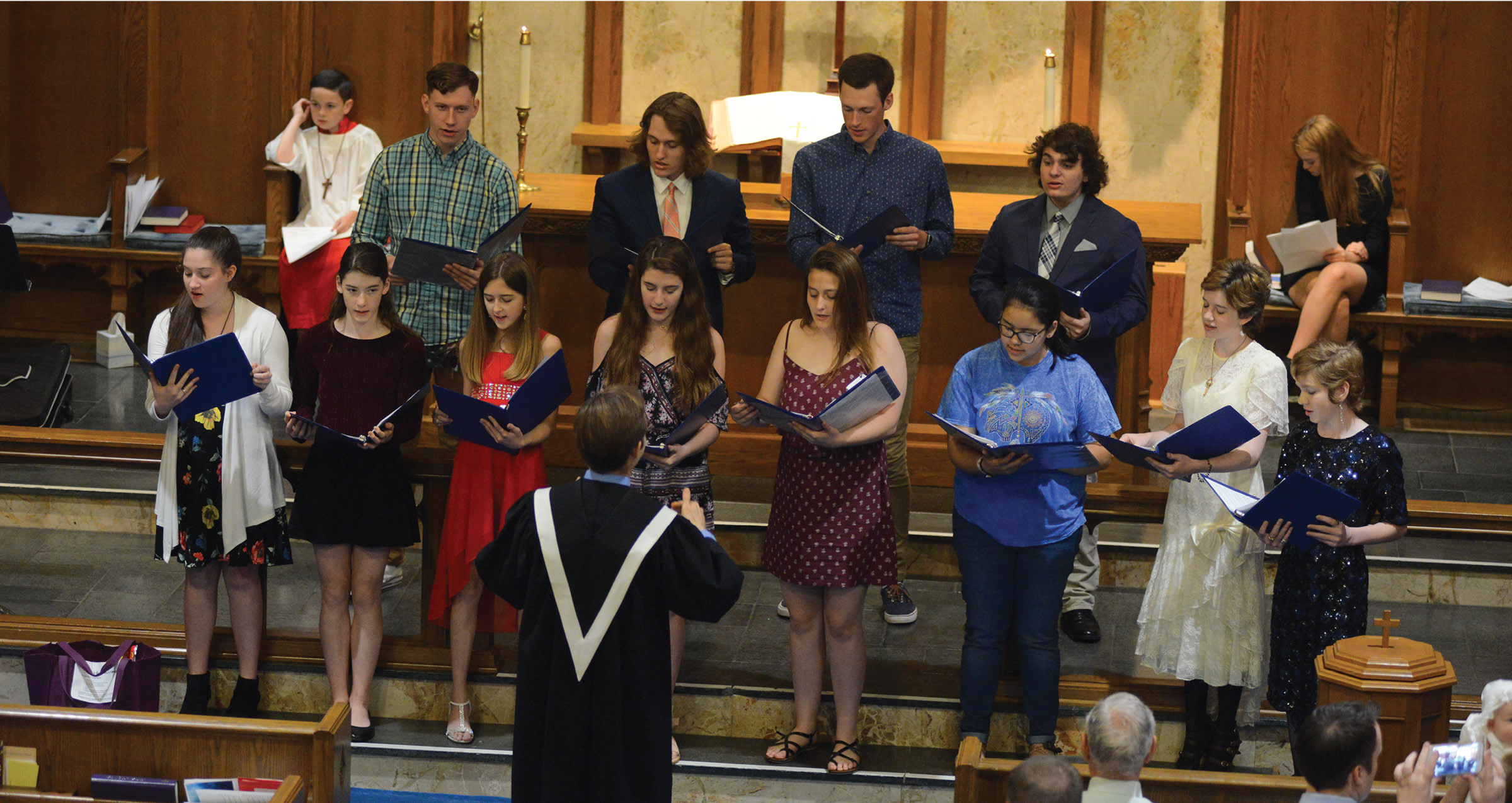 The Kemp Concert Series, based at First Presbyterian Church, is dedicated to presenting exciting musical events free of charge to the Oklahoma City community.

For more information about our current season, please visit:
www.kempconcerts.org

The Kemp Concert Series is named in honor of John & Helen Kemp, icons in the world of church music. They came to First Presbyterian Church in 1949 and built a graded “cradle-to-grave” choir program which flourished well past their 1968 departure. John then became Executive Director of the Choristers’ Guild in Dallas followed by a second tour of teaching for both John and Helen at Westminster Choir College in Princeton, New Jersey.

They returned to FPC for a period of three years (1983 – 1986) when John served again as Minister of Music. Well known for her soaring soprano voice, Helen sang many roles, particularly from the oratorio repertoire. Helen had a special expertise working with children’s voices, and even in her nineties she continued to work with children at music workshops and festivals. Their legacy includes five children, all of whom are musicians. John died in 1997, and Helen died in 2015.

We honor both of these gifted musicians and friends – an indelible part of the history of this church – with this concert series.

First Presbyterian Church is blessed to have four pipe organs: the 91 rank Moeller in the Sanctuary, a four rank/two manual console in Watchorn Hall (our fellowship hall); an eleven rank/two manual, mechanical action Walcher in the main choir room; and an Austin of fifteen ranks in the Chapel. Other keyboards include Baldwin and Steinway grand pianos, a Yamaha Digital Synthesizer and a Kingston harpsichord. 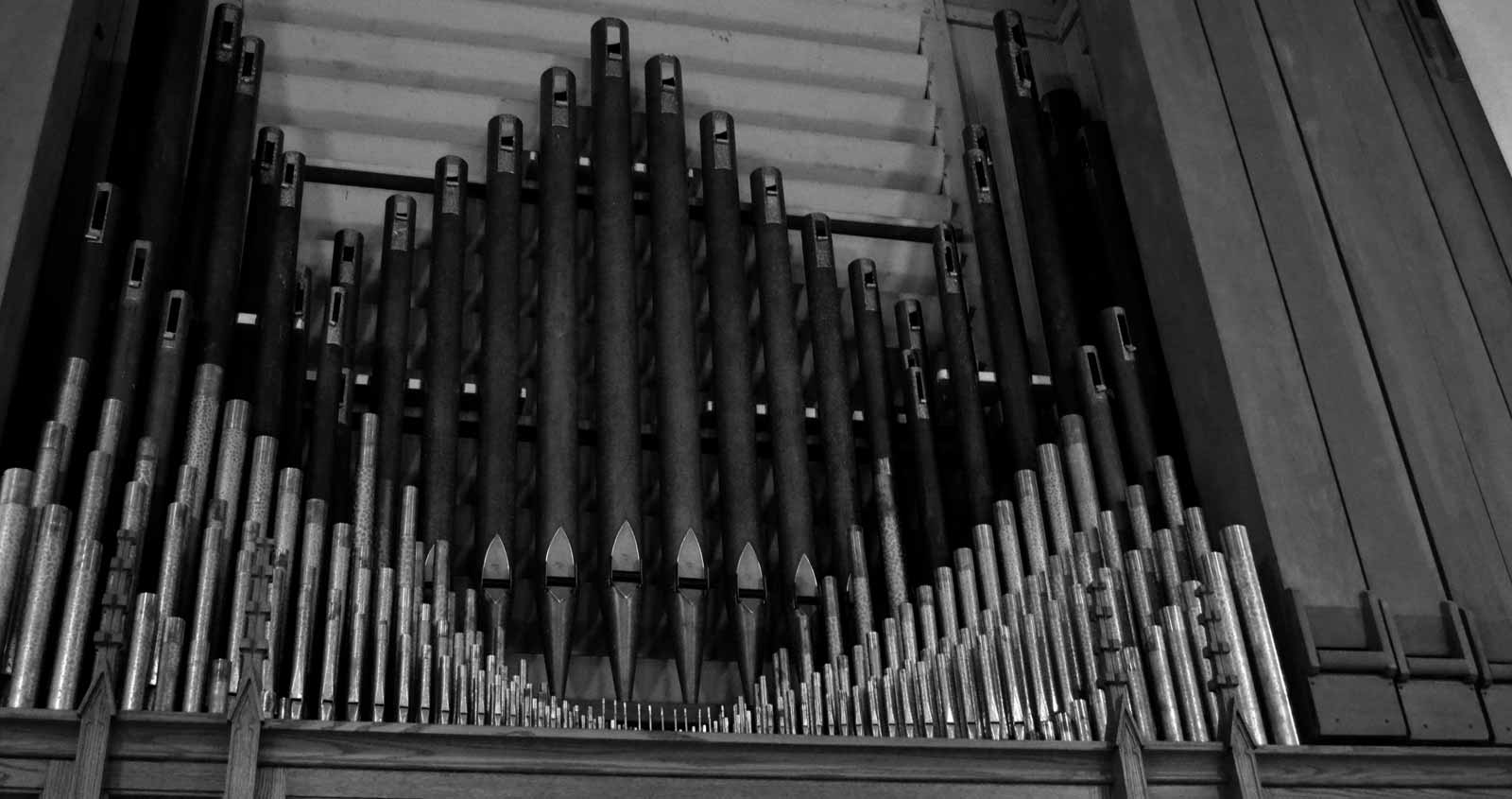 The audience begins the concert in the chapel, and actually moves to three other locations (and three other organs) in the church, ending up in the sanctuary. It is an impressive display of organs and pipes, and educational as well. Hearing them consecutively helps one hear the differences and capabilities of each organ.

With the renovation of the Sanctuary Moeller organ complete, the 4 x 4 concert will return in the fall of 2016 as part of the Kemp Concert Series.

First Presbyterian Church OKC is one of the few, if not the only, churches in the U.S.A. that has 4 pipe organs in the same facility.  That’s right, we are blessed to have four(!) pipe organs:

* An eleven-rank/two-manual, mechanical action Walcker in the main choir room

* An Austin of fifteen ranks in the Chapel

* And the newly renovated four-manual Moeller organ in the Sanctuary, now featuring 91 ranks and 5237 pipes.

Other keyboards include Baldwin and Steinway grand pianos, a Yamaha Digital Synthesizer and a Kingston harpsichord.

FPC is one of the only churches in the nation to have a 4 x 4 Organ Concert, where the audience begins in one location for a short recital, then moves on to the other 3 venues for recitals played on each instrument.  The Moeller organ in the Sanctuary is recognized by the American Guild of Organists as an outstanding instrument on which to play. 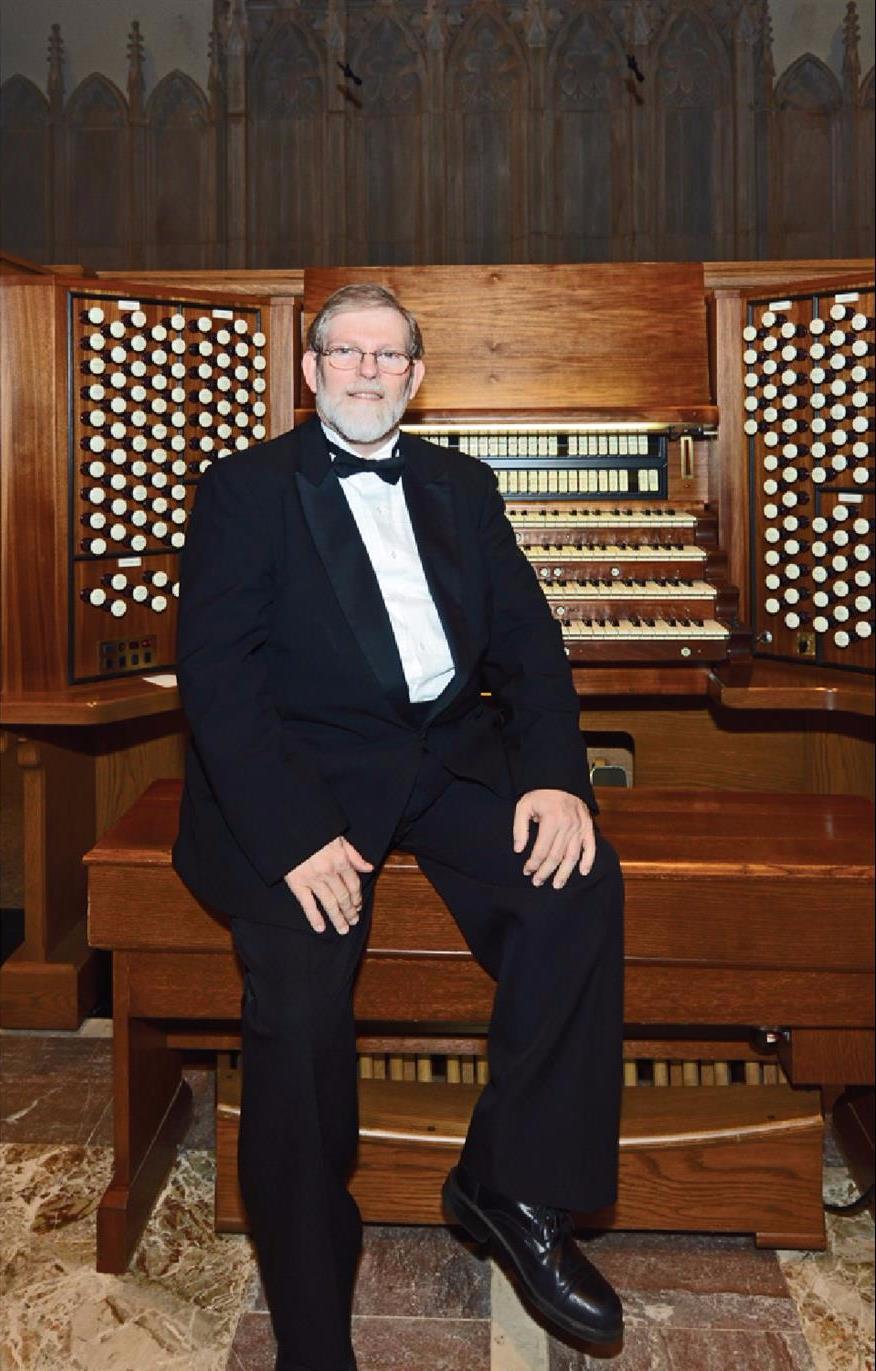 John L. Edwards is the organist at the First Presbyterian Church of Oklahoma City, OK, where he has served since May 1, 1991. In addition to being an organist John plays flute professionally and also performs occasionally with the Oklahoma City Philharmonic. He has the distinction of having played eight different flute and keyboard instruments with the Philharmonic. His performances throughout the Southwest, California, Indiana, Maryland, Michigan and England, have won the respect of his peers and the acclaim of local critics, whether appearing on the concert stage with his flute, or at the organ console in churches and recital halls. He is active as an accompanist and currently accompanies Canterbury Voices, Edmond Community Chorale and several choirs at Oklahoma City University.

John received his Bachelor of Music from Oklahoma City University where he also did his post-graduate work. While at OCU he appeared as a featured soloist with the majority of the university’s ensembles. His organ instructors have included Curtis Chambers, Dr. Wilma Jensen and Dr. Antone Godding. Mr. Edwards holds the Colleague Certificate and Service Playing Certificate from the American Guild of Organists.

He has recorded professionally with pianist Rondal J. Wallace, and along with Mr. Wallace is a co-founding member of the instrumental ensemble Oklahoma City RONDEAU.

Because we believe that God is worshipped through all kinds of music, instrumental musicians often join the services to enrich the worshipers’ experiences.